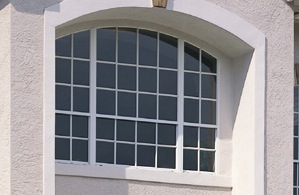 Double pane windows are just that: two panes of glass that are sealed with a space in between, usually filled with a gas. These windows are beneficial for heat insulation, but adding window film to them can alter the solar properties and potentially damage the glass.

All films absorb a certain percentage of heat. If this added heat absorption gets trapped in between the two panes of glass, it can cause the seal to break, or even worse, the glass to shatter.

The biggest factor here is heat absorption. As a general rule, any film that has a Solar Heat Absorption rating of 50% or greater is NOT safe on dual pane glass. Be sure to double check this rating on any film you use if you are tinting insulated glass.

In addition, it is never recommended that you use any automotive film on dual-pane windows, even if the heat absorption is less than 50%.

Generally, any other film type will be safe, including all Dual-Reflective films, Silver films, and Frost films. Any retailer or installer will have films that are not safe clearly labeled, so just be sure and ask if you are not sure.