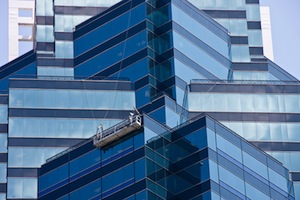 Solar film is window tint that solely helps to block out light and heat. There are many different shades and colors of solar film, but there are a few main types that are most common: dual-reflective, natural, silver, and bronze. Nearly all film manufacturers will offer these types of solar film. You can shop for these films from various online retailers or ask for them to be installed by a professional.

Residential and Commercial Window Tinting Films are designed to enhance your property in addition to providing security and privacy. We offer a wide variety of films to meet every need. Check out our films click below:
https://www.windowtint.com/collections/most-popular-home-and-office-films

Deciding on the solar film you want depends on how you want it to look and how dark you want it to be. For example, if you want to make sure the film does not make your window too shiny, you’ll surely want to use a non-reflective, natural solar film.

If the look of the film is not as important to you, but you want to make sure you cut out glare or heat, be sure to check the VLT, solar heat rejection, and glare reduction specs on the films. You can read more about solar film specs from our article here.

Most Popular Solar Film for Homes

Historically, people usually go two routes when choosing a solar film for their home: silver reflective or natural. Customers who want the highest heat and light rejection will usually always choose a film like the Premium Dual Reflective. If they are more concerned about a natural look while sacrificing a little bit of solar protection, they choose films like the Deluxe Natural.

Where to Buy Solar Film

Nearly all film retailers will have these four types of film. The deciding factors when choosing will be the film ratings, quality, and price. Based on these three factors, the solar film at WindowTint.com is an excellent choice. The solar specs on the films are some of the highest in the industry and the prices reflect only the film you need. You will not need to buy an entire 100′ roll, just what you need. Be sure to check them out here.