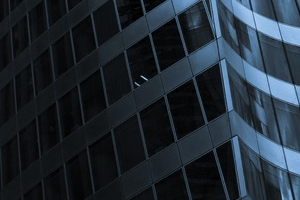 How Exterior Window Film is Different

Exterior window film, for the most part, looks and feels the same as interior window film. It is applied the exact same way (with a soap and water solution), although the windows may require a little extra cleaning because they are on the outside.

The biggest difference is that exterior window film has a much stronger scratch-resistant coating. This helps it withstand wind, rain, and other factors that it will be exposed to. Therefore, it is always better to use an exterior film on the outside of windows than an interior one. If you use an interior one, you’ll likely have to change it too often. Exterior films typically last 5-7 years before you may see any damage.

When To Use Exterior Window Film

In most cases, an interior window film is preferred. They will last longer and are much easier to apply. But sometime, the interior of a window cannot be reached to be tinted. For example, in a large commercial building where there may be heavy machinery or furniture that cannot be moved, the interior of the windows are not reachable. Exterior film provides a good alternative.

In addition to ease of install, exterior films usually have a little better solar specs than interior. Because light and heat hit the exterior surface first, less is absorbed by the glass itself. While the difference may be small, it is an added benefit.

While there isn’t as much selection as interior films, exterior versions are available in most shades and colors. The most common are natural, silver and bronze. There are also many exterior safety films, including the popular Anti-Graffiti films.